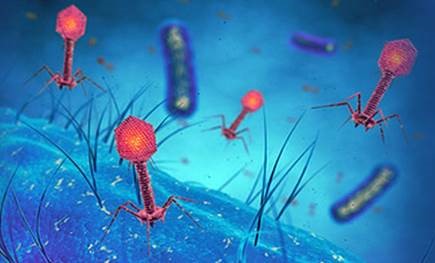 BIOASTER announced the signature of a collaboration agreement with Pherecydes Pharma, a French Biotechnology company, with the objective of discovering lytic bacteriophages, to be developed into a pharmaceutical solution to treat bacterial infections including those caused by multidrug resistant strains.

This project, called PhagUTI, is a unique opportunity for the partners to capitalize on BIOASTER’s unique expertise on pre-clinical models and the extensive experience of Pherecydes on the selection, characterization and production of bacteriophages.

In the last few decades, antibiotics have turned life-threatening diseases into short-term disorders and have had a major positive impact on public health and the global economy. Today, however, this progress is under serious threat due to the rapidly increasing emergence of antibiotic resistance.

Worldwide, an estimated 700,000 resistant infections occur in hospitals annually. A recently published report forecasts that this could lead to 10 million deaths per year by 2050 and a cumulative cost over $100 trillion. Moreover, the widespread resistance to antibiotics threaten most common medical and surgical procedures in modern medicine that would no longer be possible.

The increasing threat of resistance to existing antibiotics has been the major driver of the renewed interest in bacteriophages treatment, phages being the natural predators of bacteria.

E. coli is the main pathogen responsive for Urinary Tract Infections (UTI), in particular catheter-associated UTI (CAUTI) and Pyelonephritis. The objective of this project is to demonstrate in vivo the efficacy of phage therapy to treat urinary tract E. coli infections.

“This collaborative program illustrates very well BIOASTER’s ambition: bringing together partners’ complementary expertise for accelerating innovation towards new effective solutions for the patients”, said Nathalie Garçon, CEO & CSO of BIOASTER. “We are very proud to be part of this exciting project with Pherecydes that will generate new avenues for alternative treatments of multi-drug resistant bacterial infections.”

“This project will be an important step forward for phage therapy and a new hope for patients”, commented Guy-Charles Fanneau de la Horie, CEO of Pherecydes pharma. “We are looking forward to working with BIOASTER on this fascinating project”, he added.

This website uses cookies to improve your experience while you navigate through the website. Out of these, the cookies that are categorized as necessary are stored on your browser as they are essential for the working of basic functionalities of the website. We also use third-party cookies that help us analyze and understand how you use this website. These cookies will be stored in your browser only with your consent. You also have the option to opt-out of these cookies. But opting out of some of these cookies may affect your browsing experience.
Necessary Always Enabled
Necessary cookies are absolutely essential for the website to function properly. This category only includes cookies that ensures basic functionalities and security features of the website. These cookies do not store any personal information.
Non-necessary
Any cookies that may not be particularly necessary for the website to function and is used specifically to collect user personal data via analytics, ads, other embedded contents are termed as non-necessary cookies. It is mandatory to procure user consent prior to running these cookies on your website.
SAVE & ACCEPT
This site is registered on wpml.org as a development site.